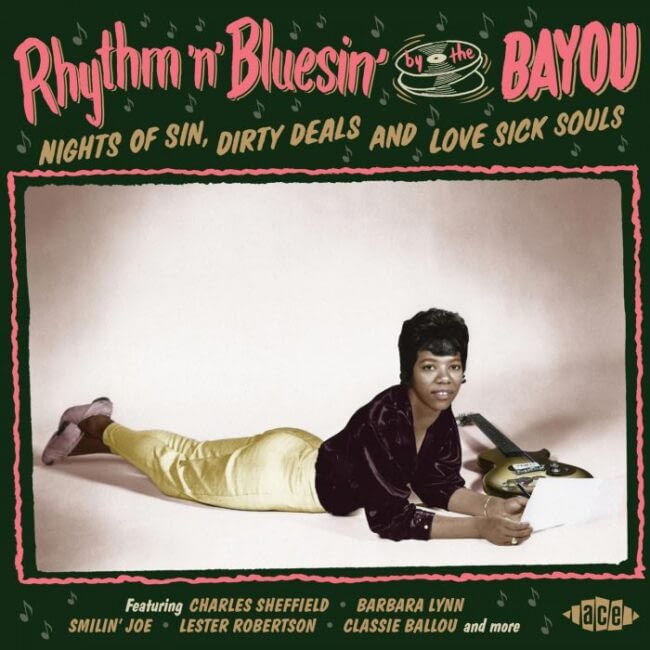 This 15th compilation in the “By The Bayou” series takes us back to the R&B sounds you would have heard belting out of a Louisiana juke joint on a steamy night in the 1950s or early 1960s. All of the tracks included were recorded in that party state, although some of the artists were based inTexas, crossing the state line to make music in studios based inCrowleyandLake Charles.

Amongst the rarities unveiled are three tracks cut in New Orleans but released by Flip Records of Hollywood, a label primarily known for doo wop. We also have some classic Classie Ballou, Chris Kenner’s first record, a few complete unknowns, a bunch of alternate takes and, most excitingly, two previously undocumented Barbara Lynn tracks, her first recordings.

I unearthed the Barbara Lynn titles in the Goldband stash here at Ace and asked her about them. A couple of years before her discovery by Joe Barry, which led to her recording sessions with Huey Meaux and global fame, she was nearing the end of her high school education and sneaking off to play in clubs in her hometown of Beaumont, Texas. Her natural talent singing and playing the blues was noticed by Goldband artist and DJ Clarence Garlow, who mentored her and was sufficiently impressed to fix up a session with Eddie Shuler, where she cut the two numbers. Perhaps because she covered two hits of the day, Shuler didn’t pick up on her talent. Barbara had completely forgotten about the session, which is why nothing has been reported previously.

Yep, it’s time to transport yourself back over 50 years to a juke joint on a humid Louisian anight. Ignore the heat and the bugs, sip on a cold one and dig those raunchy sounds drifting out across the bayou.

04 She Was Gone – Wonderboy Travis

05 One Night Of Sin – Barbara Lynn

07 Please Be There – Little Victor

13 A Fool That Was Blind – Jay Nelson & The Jumpers

16 My Girl Across Town – Lester Robertson

21 Love You Most Of All – Barbara Lynn

26 What Is Love – Little Victor