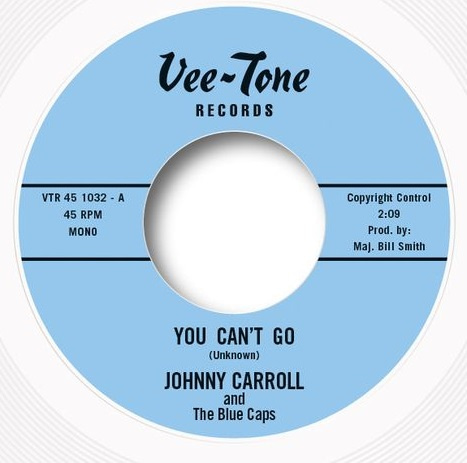 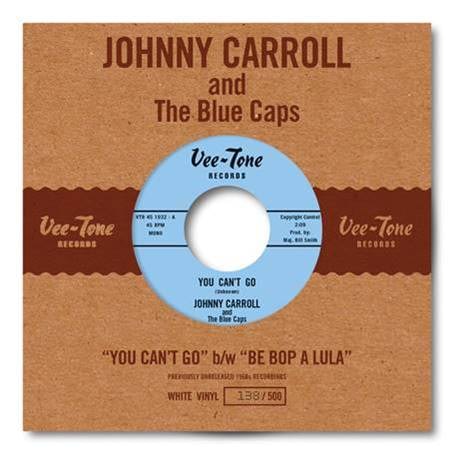 First ever issue of two storming sixties rockers from Johnny backed by The legendary Blue Caps.

It is almost inconceivable to think that these two amazing recordings have remained undiscovered for so long.  These are not demo cuts or home recordings, these are high quality professionally produced, studio recordings.  Johnny Carroll teamed up with non-other than the legendary Blue Caps to record both tracks.  They were most likely recorded in Fort Worth, Texas and are credited as having been produced by Major Bill Smith.  Major Bill was a larger than life character, a record producer, publisher, promoter, songwriter and record label owner.

‘BE-BOP-A-LULA’ is a full-on, storming version of this Rock n Roll classic, totally different sounding to the version released on UK American and Rollercoaster Records in the 1970s.